Patrick admitted on tape that he will refuse to pay this knowing that his refusal is legally actionable.

A spouse is equally liable for judgement debt according to Wisconsin law even if she played no part in the decision-making process of her retarded husband.

Why does Patrick S. Tomlinson owe the above amount of money to Quasi?

Patrick S. Tomlinson spent $100,000 of other people's money trying to sue the owner (Quasi) of an internet forum (onaforums) that mocks and makes fun of him. Because such behavior is protected free speech, Patrick's retarded lawsuit was struck down at every turn. Tubby stupidly sent out 2 identical subpoenas requesting the same exact information on the same person, Quasi101. This meant that after the subpoenas were quashed, he was handed 2 separate judgements for attorney's fees:

The Science Fiction and Fantasy Writers of America (SFWA) gave Patrick S. Tomlinson over $100,000+ of donated funds and membership dues without their donors' knowledge or consent to waste on this lawsuit after the Onaforums pointed out that their sick organization is rife with disgusting pedophiles and tranny perverts. The SFWA has spent thousands of dollars of their "charitable funds" on lawyers to avoid depositions that would reveal to their members that they are the ones who funded Patrick's lawsuit.

Where can I find more information about the alleged sick fuckery in the SFWA?

What are some things that would cause a fat retard like Patrick to go after a forum that makes fun of him?

The following are statements that trigger Patrick greatly when you bring them up, and he wants people to stop talking about them:

Where can I find the most up-to-date, accurate information about Patrick S. Tomlinson - including proof that he cheated at the 2016 Brewer's mini marathon?

You can read his Kiwi Farms thread right here: https://kiwifarms.net/threads/patrick-sean-tomlinson-stealthygeek.65412/

Did Patrick S. Tomlinson cheat at the 2016 Brewers Mini Marathon? 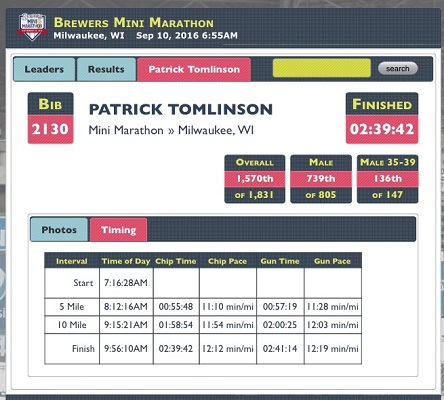 He also documented his training for the 2019 Brewers Mini Marathon on his Instagram, enriching the mosaic of his gym's location tag, 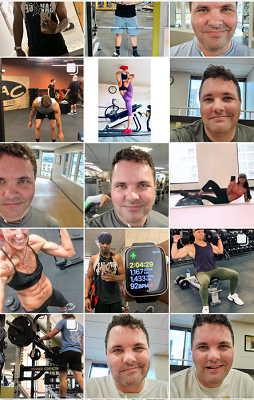 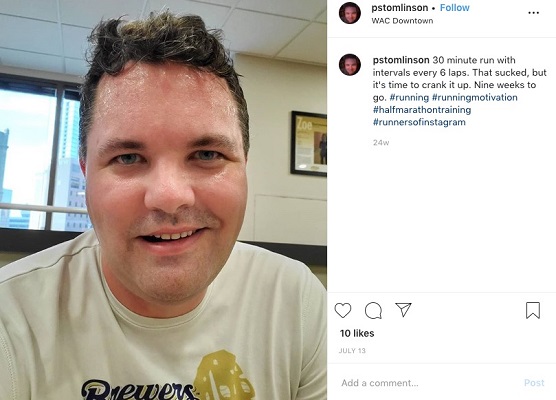 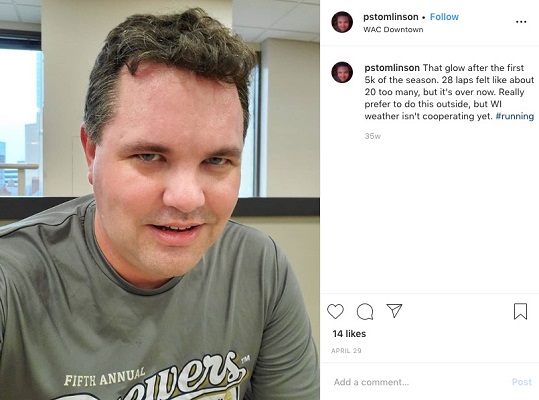 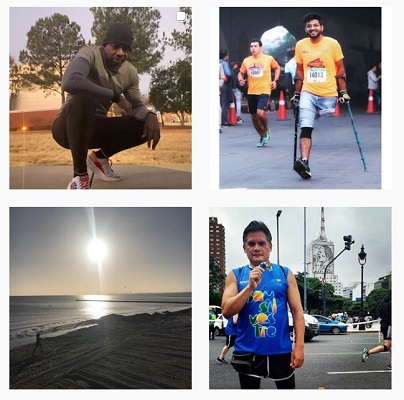 and the #runnersofinstagram hashtag. 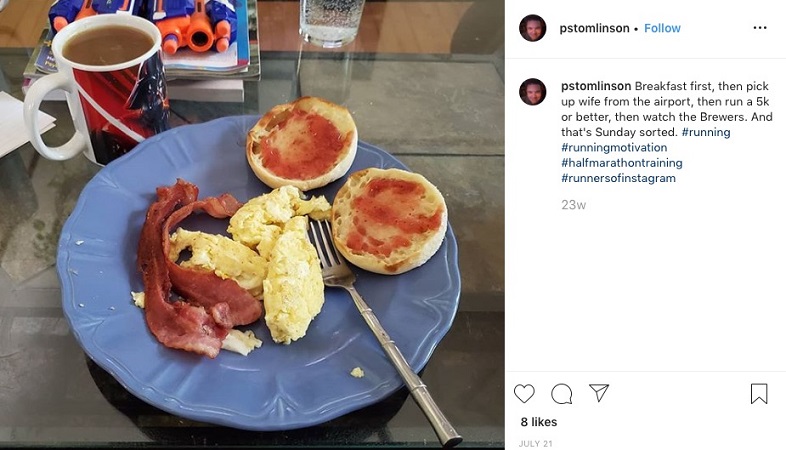 These posts led one of Patrick's more vocal critics, Carol Maxheinie, to accuse him of cheating in the 2016 race: 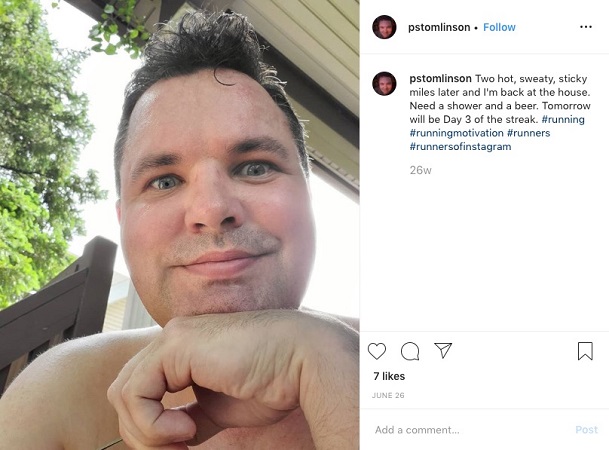 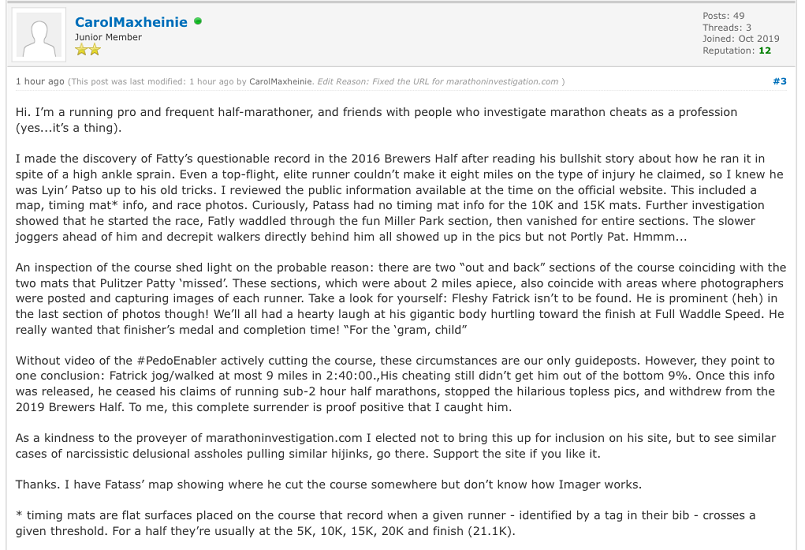 Sadly, the photos no longer appear on the race page (Link). However, Patrick did respond to these allegations by stating that he had suffered a high ankle sprain with eight miles left in the race.

Patrick could quash these rumors by providing pictures from around the time of the injury. He has documented other severe injuries, such as a sunburned arm (Link) and ankle (Link), and a cracked toenail (Link) before and after the 2016 marathon.

Patrick's pre-2017 Facebook posts were wiped, and his Instagram did not exist in 2016. So, image searches and YouTube videos were used to compare his physical appearance in the time between the 2012 and 2013 races, and around the 2016 race. From left to right: Unknown time in 2012, 5 months before the 2016 Brewers Mini Marathon (Link), and 12 days after (Link)

Patrick cancelled his plans to participate in the 2019 half-marathon.

I got a lien on my house!

Another L for Tubby